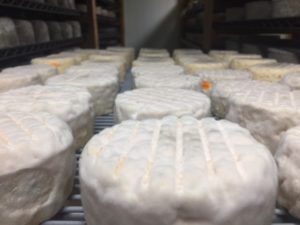 Christmas is on the way, sorry but we are not able to fill every order to its full extent, we did not make enough Stoney Cross 8 weeks ago, and Old Winchester will stage a recovery in the spring, just bear with us, thank you.

In the meantime, recent news has reported that consumers are very sceptical regarding food labelling and the reliability of the messages being conveyed.
I watched the programme ‘A threat to our planet’ the other night. If nothing else it displayed the huge gulf between the way we produce our beef in the uk, and the way a large proportion of beef is produced in the Americas.
Liz Bonnin, clearly said that people have the choice. In reality they have the choice as to whether they eat meat or don’t eat meat. However once that meat from Brazil or the feed lots of the US, makes its way into the British food chain, particularly food service, people have to eat what they are given. They are not given the choice of eating British or rejecting Brazilian, as none of it is labelled or specified, and that probably goes for supermarket ready meals. Labelling is either, not offered, non existent, or when it comes to a ready meal, plain misleading, or even dishonest.
I believe, for a lot of consumers, after having seen that programme, given honest and accurate labelling, the customer would probably reject beef produced in the slash and burn countries and the feed lot beef, in favour of UK production..
Having watched Rick Stein last night in a French fish market, the labels all clearly stated, name of fish, the price and origin, despite coming from all over the place, which even he commented about, and impressed him.
Labelling in this country is still inaccurate, and deceptive, our beef and dairy clearly have a point of difference, but if the poor old consumer is not told what he or she is eating, they don’t stand a chance of rejecting food with a high carbon footprint. We need more honesty in labelling, are you listening Government.
From this, you might draw the conclusion that I watch a lot of television! Only on dark winters evenings.

Talking of Government and television, yesterday gave a us new administration, what a relief we have a clear cut decision, none of us could have coped with another hung parliament. Poor old Jeremy was completely deluded. Jo was out of her depth, to be fair was thrown in at the deep end. Nicola Sturgeons conduct was unbecoming and she should not assume that result will be replicated in referendum. Boris despite needing a comb in is pocket, won through, but will need to get some mud on his boots.
Democracy has won through.