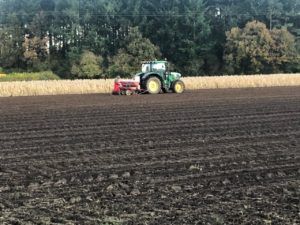 We normally watch the Apprentice, there is always something to learn from their mistakes, and some of the chaos that ensues.
Next week I am told there is a special edition, and the two teams are the ‘People of Britain’ verses ‘ The Top Brass’. ‘Two weeks too late Johnson’ or ‘Bojo’ for short, made himself PM of the Top Brass team.
The task I am told, is very straight forward, ‘How to run Britain in a Pandemic’, the period given them was longer than normal and at the end of it, the sums were done, and the People of Britain won and Bojo lost.
In a nutshell it was a mess. The people of Britain pressed on and followed the rules, most of them anyway. The farmers got on and milked the cows, twice a day and every day, and the cheesemakers kept making the cheese and they did a pretty reasonable job, all things considered.
Bojo got it wrong, he kept going off at a tangent, his team kept try to bring him back on track, but he was going to do it his way. He could not see that he was making mistakes and kept trying to sweep them under the carpet, but in doing so he was loosing all his friends and they kept looking under the carpet to see what he had done. He thought that if he dressed up as Bob The Builder every day, he would win through, but alas, he lost.
He and his team sat around the cabinet table, the cafe was shut, with some very stale birthday cake and some bottles of cheap Tesco wine they had found in a suitcase under the stairs and there was a lot of bickering.
His Lordship  asked him who was he bringing back to the board room, he answered Liz and Rishi. ‘Why these two?’he was asked. Well he said, ‘Rishi has squandered billions on bounce back loans or similar and Liz went to Australia and used a whole plane full of fuel, all by herself’.  There was more bickering, Bojo stood accused of partying, drinking wine and eating cheese with his staff, when the British People team were sat at home having to watch East Enders and could only dream of Barnard Castle. His Lordship was not impressed, ‘ There has been a complete dereliction of duty here’ his Lordship said. ‘ You should be leading by example, you are the PM, not Bob the Builder, or even Pepper Pig’!
There was a lot of incomprehensible bluster from Bojo, followed by ‘YOUR FIRED’
‘ I am not going’ Bojo shouted back, he stood up and stamped his feet like a small child,
And then I woke up!
The only redeeming feature of this storey, allegedly, cheese was consumed, and we will all raise a glass to that.