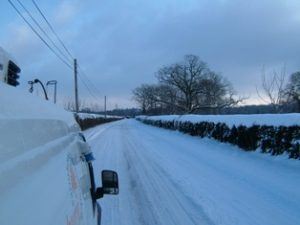 Finally we get a sensible winter, delivering to the North of Hampshire became a bit of a challenge, but nothing we could not cope with. The local authorities took a lot of stick but in general they coped pretty well. There have been some misguided comments about the weather being as bad as 1963, for those of us that remember ’63, this year was a piece of cake, ’63 was wall to wall snow from Boxing day to April, and we have been lucky not to have had the wind, that would have constantly caused drifting. Inevitably sales have taken a hit but likely to bounce back once the weather settles. Large number of new customers in the pipe line including the export of Grey Pumpkin, Crown Prince, to several countries.