As the heat continues this July, comparisons are made with 1976, and for those of us that can remember it there is no contest. 1976 was much dryer for much longer, in fact it started in 1975 and continued unabated until Romsey Show day, the second Saturday in September 1976. It was so dry we completely ran out of food for the cows and Father and had to drive as far as Blackpool to buy hay. Our cows are now on winter rations, and although eating valuable winter food stocks, we will probably have enough food to see us through the winter, although milk production is well down and as a result making less cheese at the moment. The vegetables have survived well as we have our own reservoir, albeit looking a little depleted at the moment. 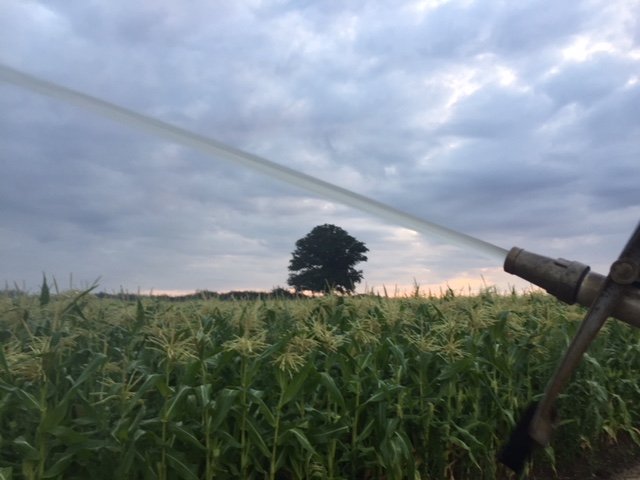 Crop of sweetcorn under irrigation from the reservoir
Two Golds an a Silver at the International cheese awards, and then two, Two Star Gold and a One Star at the great taste awards.