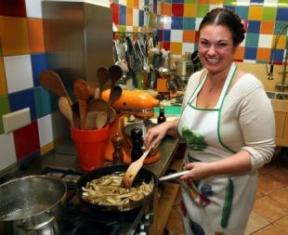 What a star, Susie Carter wins ‘Britain’s Best Dish‘ competition. You might well say what has that got to do with us, well all the ingredients of the fabulous Smoked Trout and Watercress Tart’, come from Hampshire, and the butter for the pastry came from Lyburn Farm. None of this slippery old Olive Oil for Susie, cant beat a pint of Pratt’s Hampshire Rape seed oil

Pumpkin season is nearly over for another year. Not been a particularly easy year, with smaller than usual pumpkin, and prone to rotting.

British Cheese Awards move to Cardiff, and another great result for the South East. Sandy and Andy Rose, carry off the Championship with their Barkham Blue. Helped by glorious weather, and a superb backdrop, there was a good turnout and cheeses entered from over 180 cheesemakers across Britain. 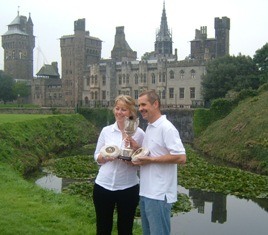 The World Cheese Awards followed a few days later, and Old Winchester takes anther Gold, and our new cheese Stoneycross emerges from the shadows, with a Bronze at Cardiff and a Silver in Ireland. Stoneycross is not yet in full production, but there will be a few 1.2kg truckles for Christmas.

For those of you now wanting to purchase the Lyburn Gold, you can now find it in a number of Sainsbury’s Stores, on the deli counter in the South East area.