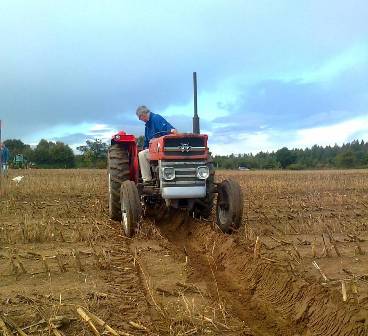 Wellow ploughing match being held in one of our fields called Tipplefield, no split milk here.

Dave Lewis, the new chief exec at Tesco will be wondering what he has let himself in for. One can only imagine him sat in his new office, at base camp, the phone keeps ringing and it is all bad news. The office not that flash really, Tesco have never been flash, functional would be the word and tea arrives, hot and steaming, and the milk in a small separate jug. There is so much on his mind, he pours the milk into his tea, spills a little on the desk, never mind, milk is so cheap, cheaper than bottled water, reduced to virtually nothing by his marketing men. How does he resolve the dilemmas in front of him, giving milk away should have done the trick. It’s sad to see this once great company in such a mess, but our new man needs to realise that ‘Nothing goes on for ever’, not even the Romans did that, and certainly not Tesco. 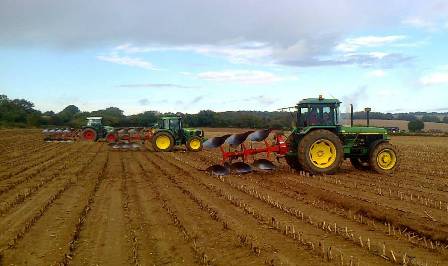 The key issue, who split the milk? In case you have not spotted it yet Dave, you don’t have a friend in the world. Your predecessors have abused and bullied your suppliers for years. They have cheated your customers by selling them horse meat, when they should have been buying beef. It would appear that, your accounts department has misled the city, shareholders, and inevitably pensioners who have invested in the company. Tesco is so big, it will touch most of the British population, can you wonder that customers are voting with their feet. Tesco’s problems are not Aldi and Lidel, but entirely of their own making. No amount of cheap milk, will change these people, these issues are chickens coming home to roost, and the perch is not full yet. It really has to be back to the drawing board, and a new Tesco line, Humble Pie. 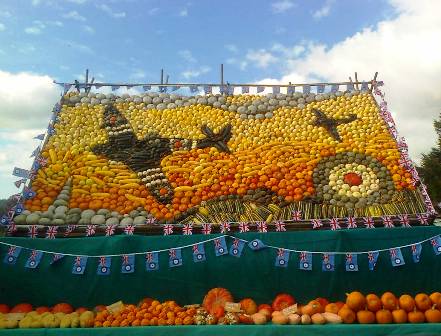 What about the milk spilt on that nice desk? Don’t worry plenty of spare desks at the moment.

Pumpkin on the move, here is the display at Slindon, this year depicting Spitfires in action. Robin Upton and his team have used hundreds of various colours shapes and sizes, of squash and pumpkin, to create this spectacular and colourful site and you can visit the display until the end of October. We have had a good crop this year, all packed and gone, and a nice, good sized crop of Crown Prince going into store.