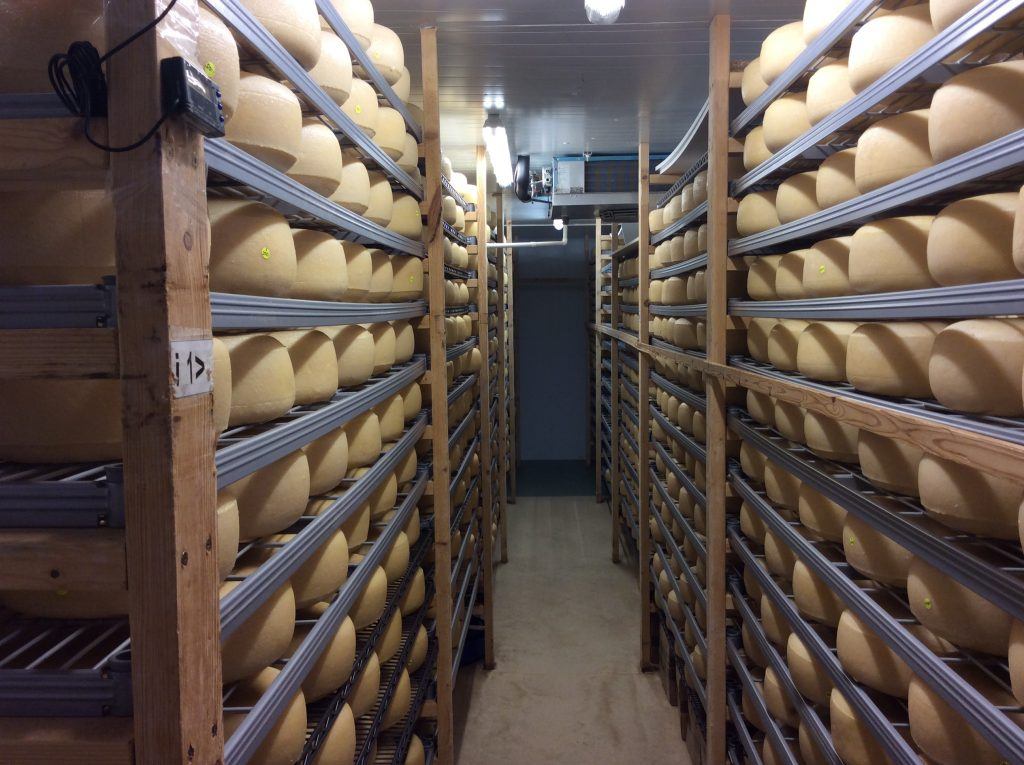 Upgrading the cheese stores, we need more space for a growing customer base.

Our ripening rooms coming under pressure now, sales are very strong especially in the last six months. Its a job to understand just why it should be, we have done nothing different no new cheeses perhaps it is just the fact that we have been producing cheese now for 20 years and the word has just got out. The drop in the value of the pound since the referendum must have helped. We are doing more Waitrose and you can find Stoney Cross in some stores, has Brexit helped, probably not, have people given up eating cheap cheddar, probably not, maybe it just takes 20 years to get established!!

Having just watched Jimmy Docharty ‘Food unwrapped’ team try to make a vegan cheese, there are several questions that have to be asked.
Why does it have to be called cheese when clearly it is not and why does a vegan need to eat something that is called cheese.
Have watched the vegan cheese maker use Italian rice, coconut oil, tapioca, and a secret ingredient he was not prepared to declare; why would you want to eat this concoction in the name of cheese.
Why would you want to import these ingredients thousands of miles with not a shred of traceability, it would all have a bit more credibility if the ingredients were grown in the UK. Being an Organic vegetable grower as well as a cheesemaker, the prospect of lots of new vegan customers might be a bright light on the horizon. Sadly the ingredients of most vegan food will not be produced in the UK.

Instead read Dr Michael Mosleys review of milk,
https://www.dailymail.co.uk/health/article-6868009/DR-MICHAEL-MOSLEY-fat-milk-best-thing-drink.html .
Lots of interesting detail in this piece of journalism, milk and cheese is a fantastic product, particularly for the young.