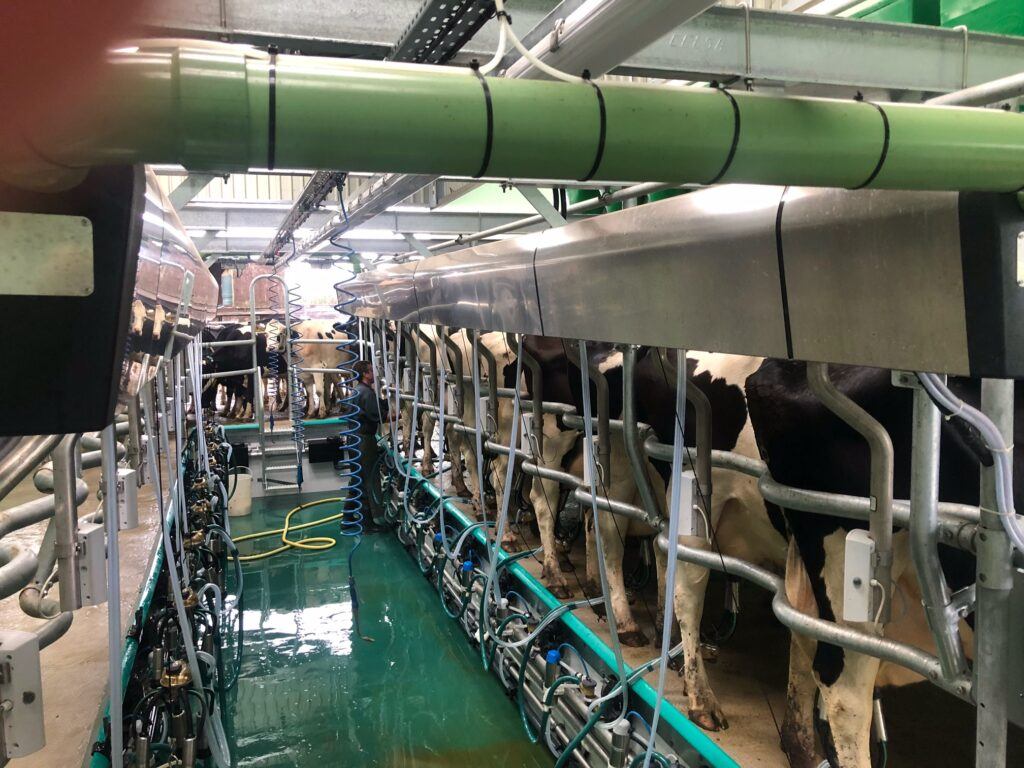 The big news for us this month is the completion of the new milking parlour. The old one built in 1970 has had its day and had to be replaced. We had spent nearly 2 years looking at milking robots but finally decided to stay with convention and have opted for a 20/20 herringbone. It may not be robotic, but computers play a large part in the operation. It lets the cows in, lets them out, feeds the individual cow with the correct amount of concentrate, measures the daily milk yield, and removes the clusters. Everything is recorded and retained in the computer, this has moved on a long way from the day in 1953 when we had three cows and milked them by hand.
The first couple of days were a bit of a struggle but the cows soon get used to a new routine and now there is a fight to get in first.