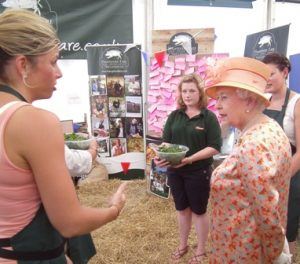 Now July 27th, what week, ASDA and Morrisonshave now finally fallen into line with the rest of the industry as did the CoOp last week and are now paying around 29 pence per litre. Having said that, there is now so much egg on the face of these three companies, it is embarrassing. They have had to be brought to the table kicking and screaming and virtually humiliated into paying what will just about be, the cost of production. Particularly disappointing has been the stance of the CoOp. We don’t expect to find them grovelling about in the lower echelons of supermarket wars. We expect better of this company, and we will need to see results, in the near future, this escapade into ‘Pay as little as we can for milk’ will have done them no good. 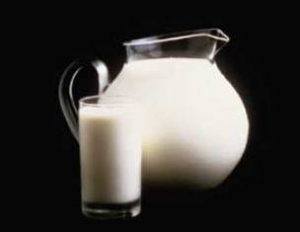 This month has been a month of highs and lows, the lows being milk price and the appalling weather at the beginning of the month, but there were highs. The weather made a spectacular turn round for the New Forest Show in the last few days, and to cap it a visit by the Queen and Prince Philip, to the show on Wednesday, and as you can see she popped in to see the Hampshire Fare stand. The Queen and Prince Philip have to be commended for their stamina and commitment in recent weeks, and Your Majesties parachute jump on Friday night, was indeed, spectacular! 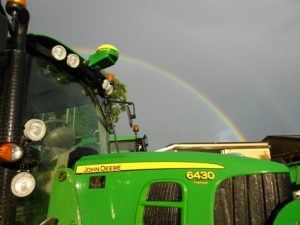 The Co-operative has announced it will pay an increased premium of 2.57ppl with immediate effect, rising to 4.27ppl from August 1. This will increase the Co-operative’s farmer milk price to 29ppl with immediate effect.  The move comes after mounting public pressure on retailers to deliver fair prices to farmers, culminating in demonstrations last weekend and  protests last night outside three milk processing plants in Yorkshire, Leicestershire and Somerset.
NFU President Peter Kendall said: “We are really pleased by the positive response from The Co-operative today in lifting its milk price significantly and moving towards a sustainable funding model for the future.  The company’s recognition of the real difficulties being faced by British farmers this summer and commitment to support them through these difficult times is to be applauded.
“However, we now need to see all retailers and major buyers step up to the plate. We have yet to see substantial moves from either Asda or Morrisons, who are now waging war with each other on milk prices, a move that appears to make a mockery of the situation farmers are facing.”
“But the spotlight will now turn on the other retail chains, the discounters, the middle ground and the major food catering companies, who buy sizeable volumes of milk.

July 16th, mid summer and the weather just gets worse, inch after inch of rain. To the left a spectacular double rainbow, after we had retuned from one of the evening tours of the farm. It is new moon at the end of the week and that will make the difference. The cows have had to come back in on winter rations, they have been making a dreadful mess of the fields.

On the veg front, broad beans have coped well, but then they would as they can thrive in the lower temperatures, and although the rain is a problem , it is the lack of heat units that is holding everything up. Courgette are still not cropping yet, Runner beans are in flower, but not set fruit, too wet to drill more Sugar Snap, and Sweet corn that may well not make it and will end up in the silage pit. It is critical for the whole farming industry that we get some heat as soon as possible.

The milk job is heading for a big show down on August 1st, milk production is now well down due to the weather, the big retailers have to pay more!!!