The British cheese awards, held at Blenheim Palace Oxfordshire, provide an opportunity for cheese makers large and small to come together and compete in a number of competitions, that will lead to the best cheese in the UK and Ireland. For us there are two more awards. Particularly pleasing is a Silver for our Lyburn Gold. In the class Modern British, 3/6month, with an entry of 32 in the class, one Gold was presented to Llanboidy Cheesemakers, and 2 Silver, one to Anstey’s of Worcester and the second to ourselves.

The second award was a Bronze for our more recently released cheese, Lyburn Mature, now to be re-named Winchester. In recent months we have slowly trickled out these 9 month cheeses, with considersable success. The change in name will inevitably cause some confusion for the time being, but with relatively small numbers available, it should not be too much of a problem. 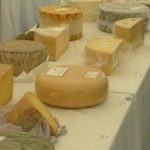 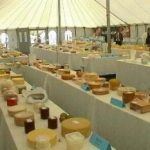